Yesterday morning I went to Mums and blow dried her hair for her.  Malc went to the tip with my step dad to take an old cooker that we've been promising to take for them for a few weeks.
Last night the boys had Beavers, Scouts and Eden had Youth Club.
This morning Malc and the two eldest went to Men's Breakfast which is held every two months at our church. They had a guest speaker from Hall and Woodhouse which is based in Blandford, so the boys came home with lots of facts and figures on how to make beer! Callum informed me that apparently it's healthy to drink beer!
They dropped Eden off in town with a friend on the way there as she wanted to buy some make up and a birthday gift for another friend.
They all got back at dinner time.
The two youngest were playing on their tablets so I used the time to make these. If your wondering why only half of each has tomato on it's because we have a couple of children who don't like them. 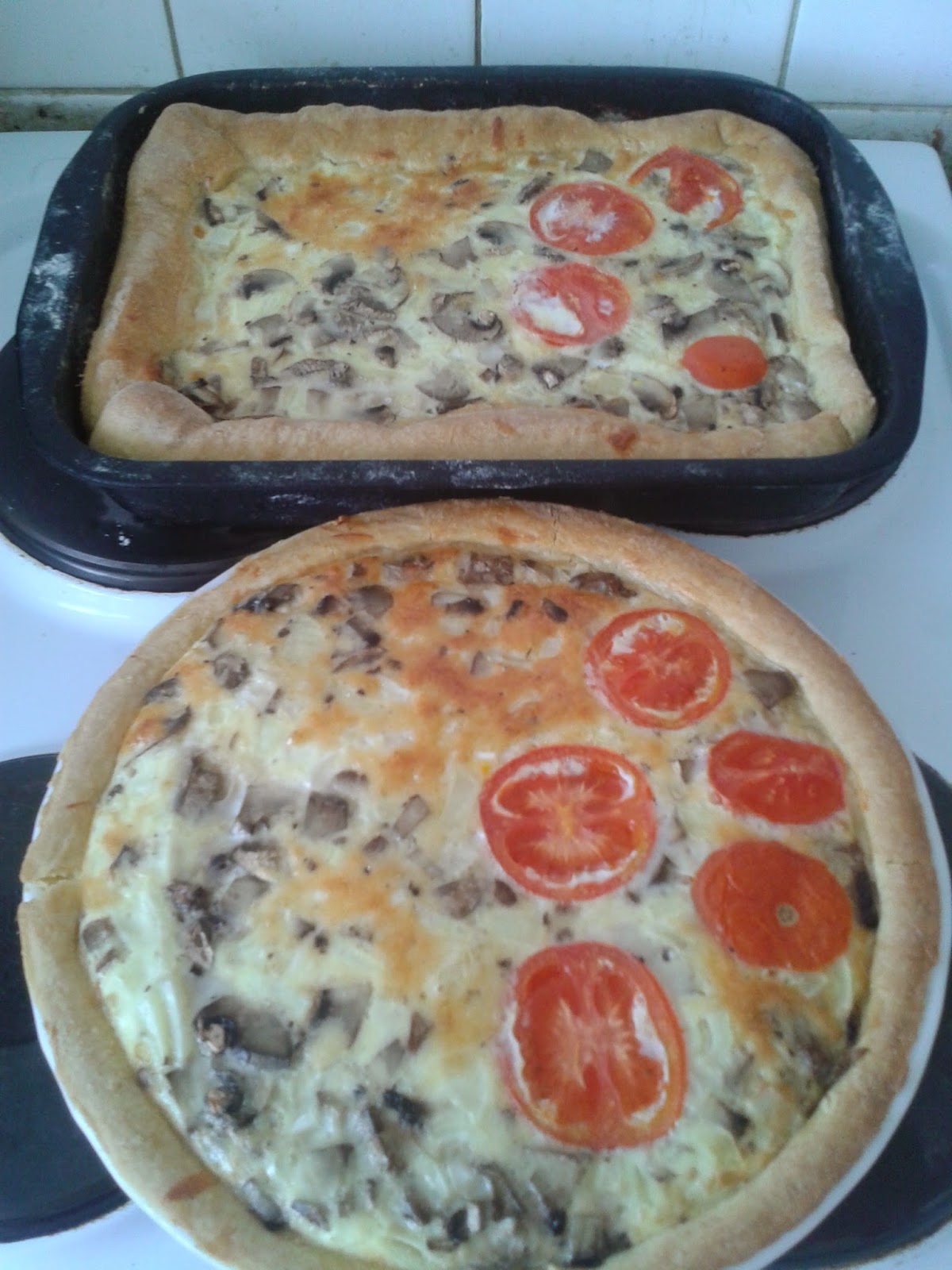 One is for tea tonight with chips and the other one is for tomorrow teatime when Mum and Ed are here. I'll make some coleslaw and a salad. I've also made a trifle but I've not taken a picture as I've still got to put the topping on. 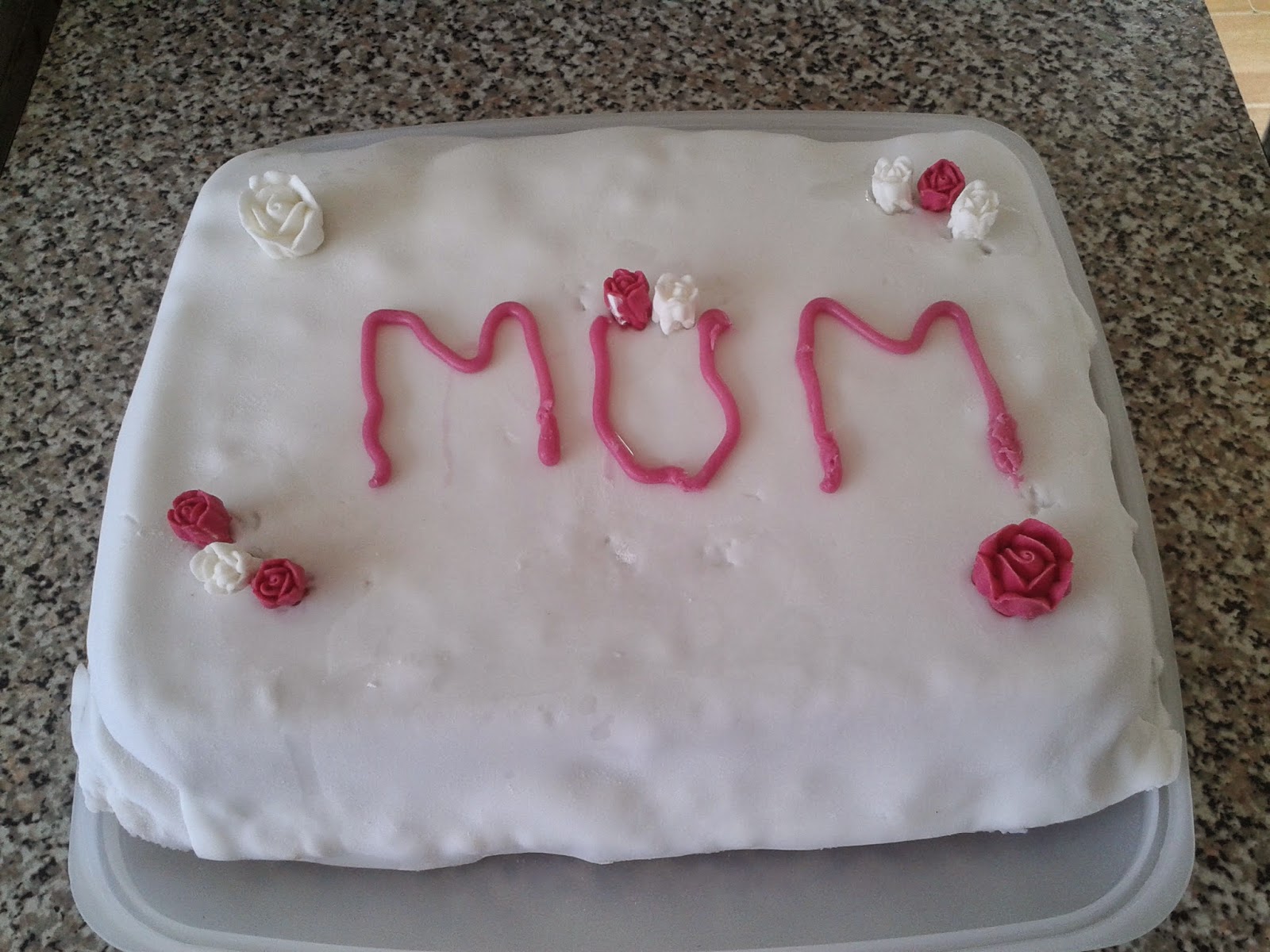 I also made this, the decorations aren't great by the time I was doing it I'd run out of steam.
At the same time I was baking I was also organising the boys in the garden. Clark cleaned out a load of pots and he put some tulips and other seeds in as well as planting out a few hanging baskets. I was being called away all the time so the decorating took me ages and I kept losing my concentration! 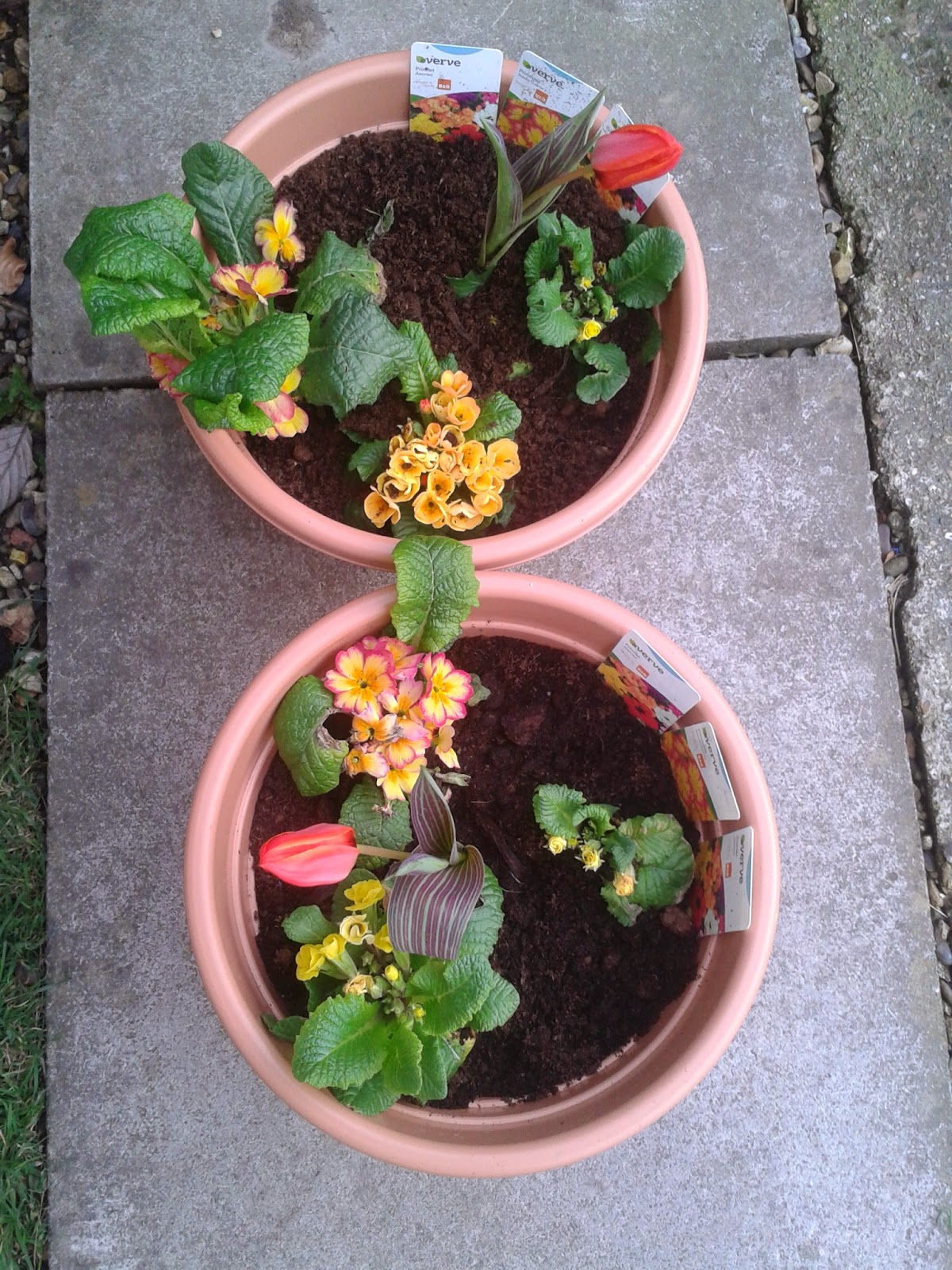 Clark also planted these up as part of my Mums present for tomorrow, primulas and tulips.
Callum has started pulling the wallpaper off the lounge walls so we can redecorate. Malcs got the week before Easter off so I'm hoping to paint it that week.
The two youngest have been out playing with friends and bikes at the front of the house.
My sister and nephew arrived for a visit so Charlie was able to play out with his cousins.. He's an only child and loves visiting as he comes 10 months after Soloman and 10 months before Cody in age.
He's the reason I had Cody! When my sister had him I got so broody I just had to have another baby!
Tomorrow I'm being taken out for breakfast which I'm very much looking forward to, not so much losing the hours sleep tonight though! Don't forget to put your clocks forward!
Posted by Bridget at 18:21