So much to catch up on!
Last Thursday we had to go to town to get our driving licenses renewed, we've got ones with our photos on so they have to be renewed every ten years and ours ran out on the same day!
They do them at the Post Office the letter said that came with the renewal letter. Not any round here! We rang three before we found one that did the photo, electronic signature and checked everything for you!
They were back and renewed by Tuesday though. Well impressed!
The weekend was manic,  Malc and the boys went to Winchester Science Center on Saturday with the Beavers.
Sunday we went to breakfast at our favorite place to celebrate Clark's birthday which was on the Monday.
Clark has also been very helpful planting out these 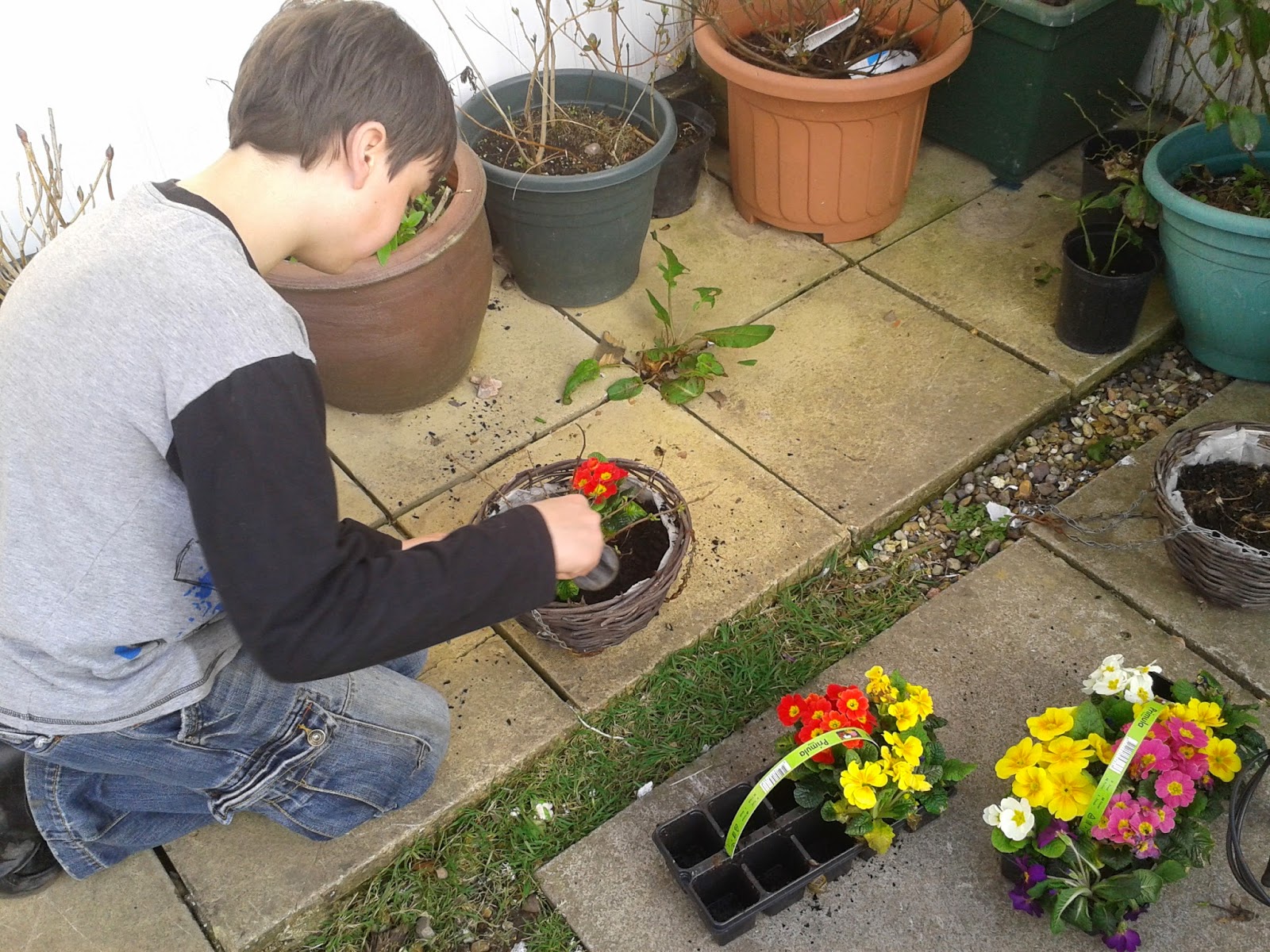 He's also been baking these 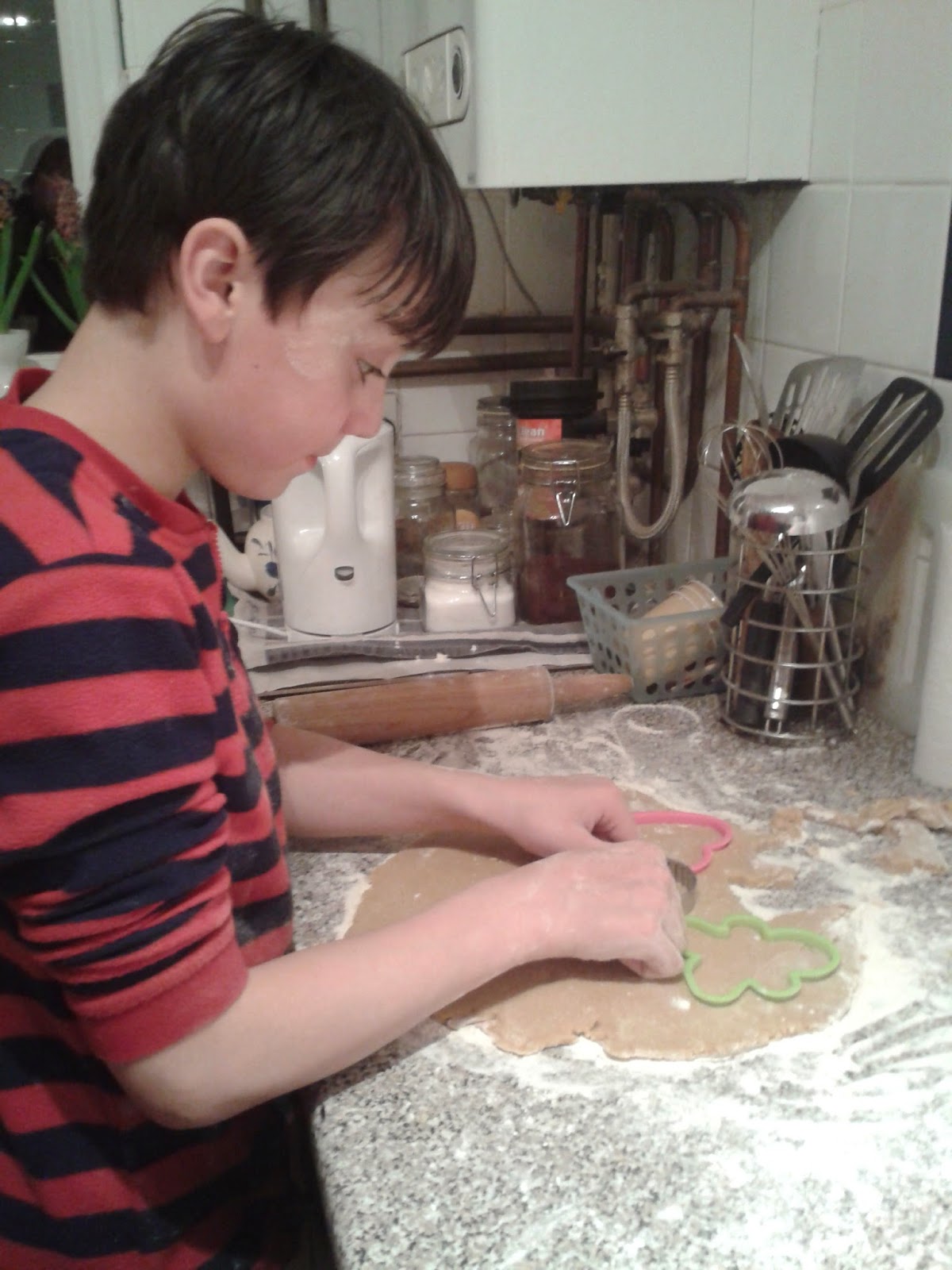 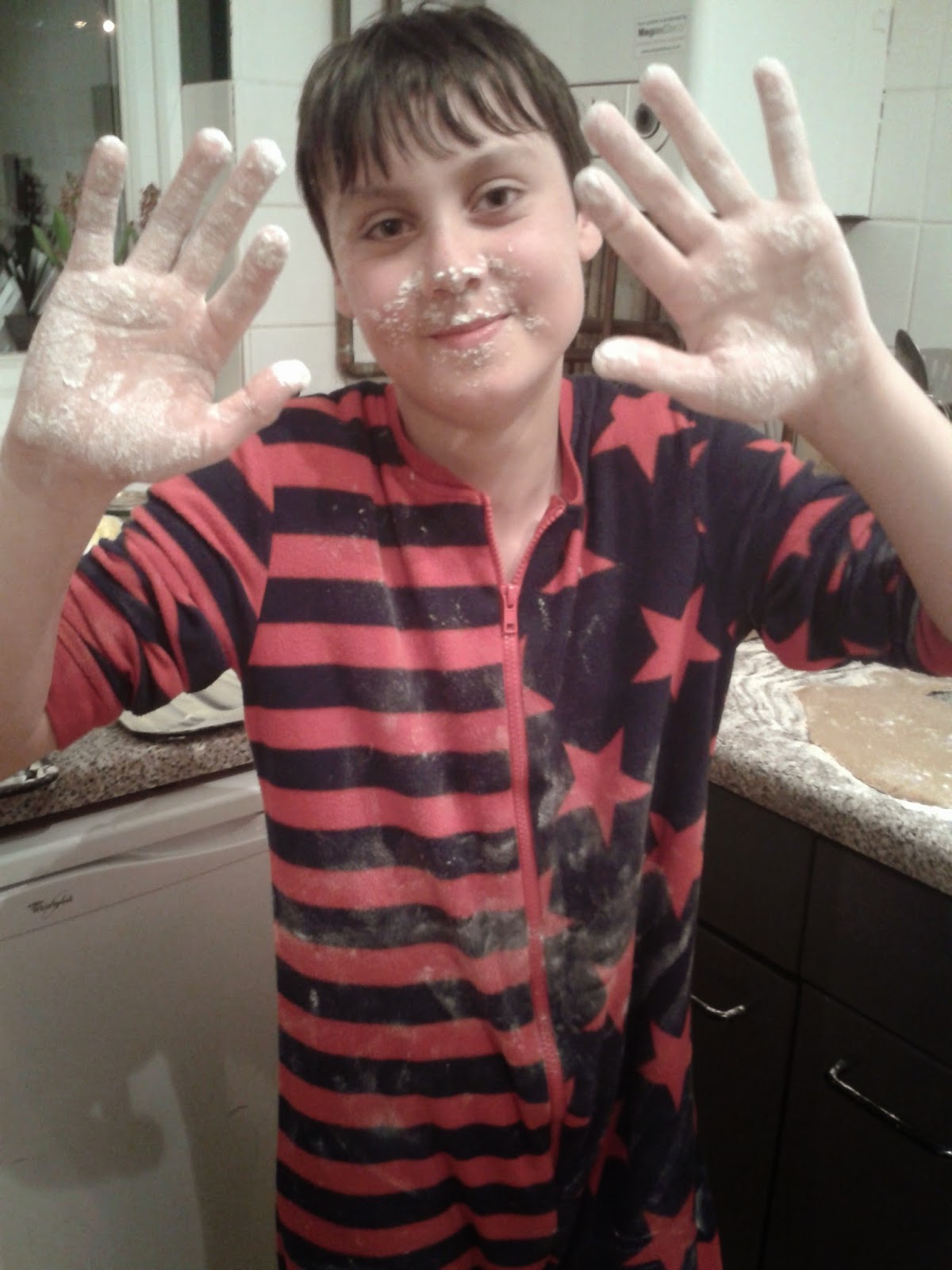 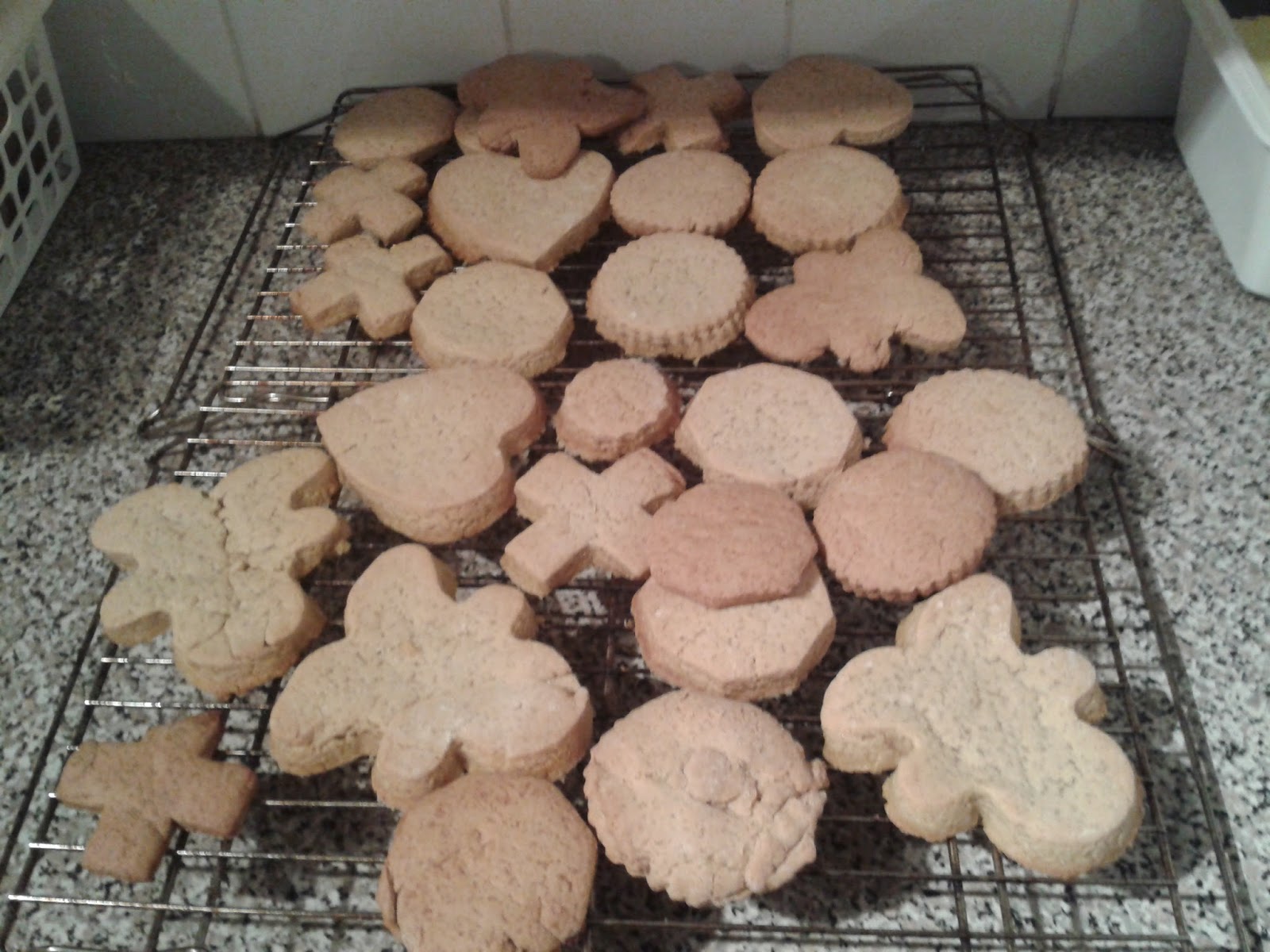 Clark was eleven on Monday, I was going to make his cake but he wanted a picture of his dog on the top of it! Way out of my abilities. So I had to buy one from Asdas, if you take a picture in they print it on to icing and put it on the top of the cake. Result! 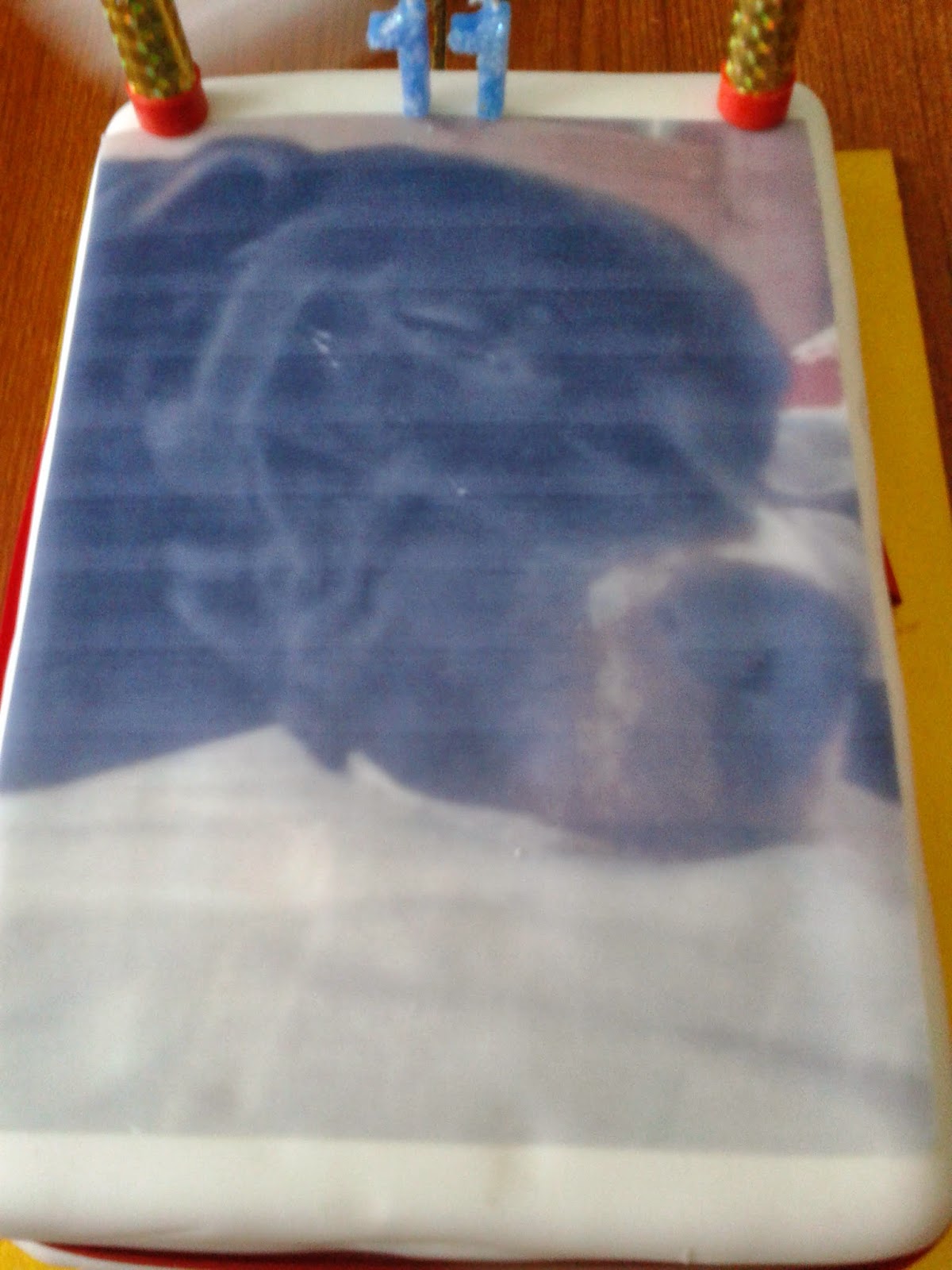 It wasn't a brilliant picture to start with hence the lines on the cake, but he was pleased with it, that's the main thing.
We also bought two fountain candles to go on top and we were surprised at how high and how long they went on for. 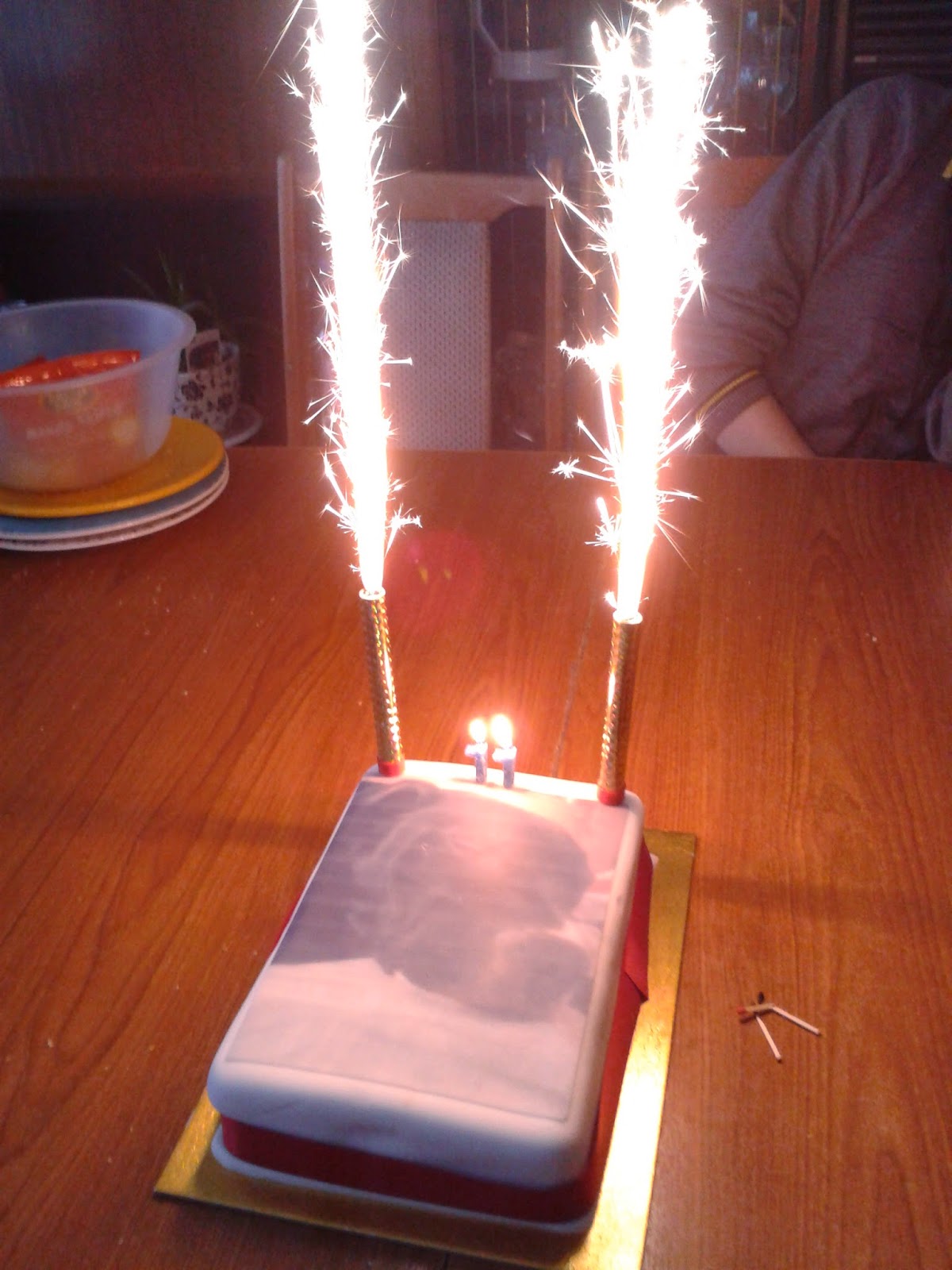 I've been getting up with my feet running as soon as they hit the floor and that's the way it's stayed all day. I've been going to bed exhausted.
Things have calmed down a bit today but upon looking at the calendar today I noticed that every weekend is booked up until the 26th April !
I would dearly love a weekend away in our caravan but I can't see that happening for a couple of months at least
Never mind, it's good to be busy!! Apparently!!