Another bike ride today, not so far just to my Mums and back with Soloman and Cody, soon I'm going to be able to crack these with my thighs! 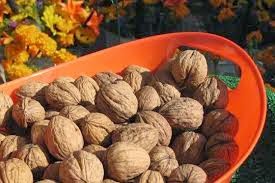 I went to blow dry Mums hair as she had friends coming to lunch and wanted to look her best.
Malc, Clark and I then went to town so that Clark could buy himself a wallet as he broke his last one trying to stuff all the money he received for his birthday in it! He also bought this 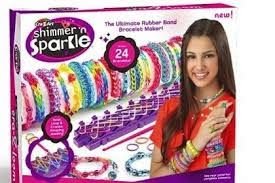 One of the friends he was playing with during the week had one and she showed him how to make them. He liked it so much he bought one.
I'll get some pictures as he makes them.
Clark, Soloman and Cody then had a dentist appointment which went without fillings, they've got to go back in six months for another check up.
There's a programme on tonight at nine pm, ITV, called Dangerous Dogs, the first of two parts which I'm going to watch. It'll be interesting to see how it's presented and I'm sure I'll have a comment or two to make about it tomorrow!
Posted by Bridget at 19:58