That's how I've been feeling these last few days. We were really busy again at the weekend, mainly doing stuff for the children! Lifts to and from places, friends staying and friends to tea. I feel like I'm running around after everybody and nobody's running after me!
To top it all I seemed to pick up a tummy bug late Sunday night, I had to do some stuff for Mum on Monday and I didn't want to let her down but how I did it I don't know, I was so tired!
Last night was Cubs, so Malc, Clark and Soloman trotted off. I managed to watch Winter watch which cheered me up no end.
Today I managed to do my leaflet round before the rain came which again is good news.
Then I attacked an overflowing basket of ironing. that took nearly two hours. We had late lunch, I managed to finish off another pair of bedsocks 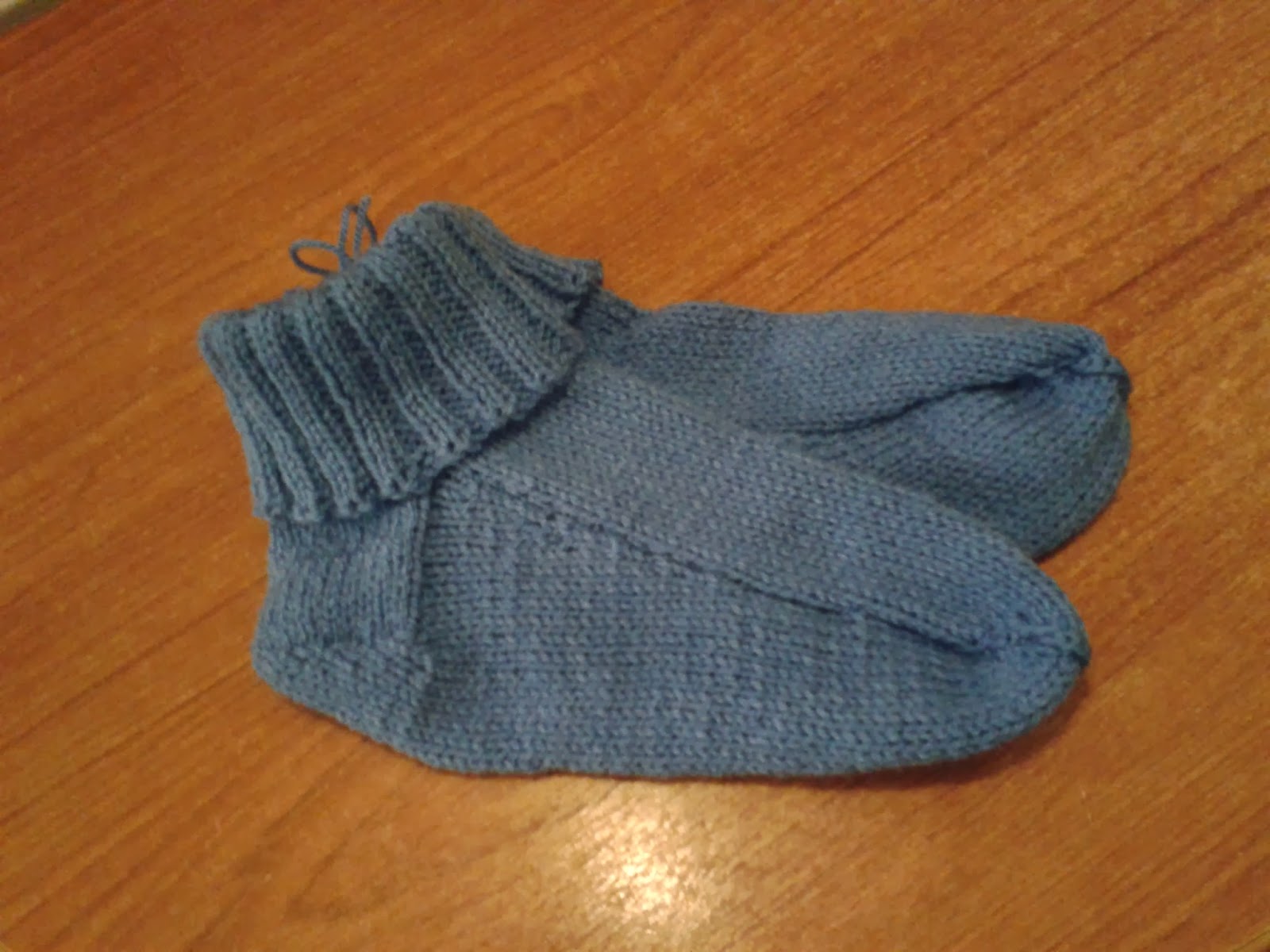 They look quite grey , they are in fact a denim blue color.
We then went to pick Eden up from school as she stayed behind to do some extra work for her textiles coursework.
I'm now waiting for tonight's episode of Winterwatch  to come on and I've started a pair of welly tops as part of my friends birthday present as it's her birthday at the beginning of February.
Tomorrow's going to be busy as well, it's Edens 16th birthday on Thursday and Callum wants to make her a cake!
Posted by Bridget at 19:53